Originally appeared in the South County Independent and the Narragansett Times

The origins of the South County Cottage Hospital have long been traced to a young man who died of appendicitis on his way to Providence. But the identity of this man is elusive, and there is much more to the story behind the hospital.

To understand the impetus behind the hospital's establishment, we must look back at least a year before it accepted its first patients in a house at 293 Kenyon Ave. in Wakefield.

In this sleepy village in 1918, sick people had two options – remain home, where a doctor and visiting nurses would call on them, or risk the long train trip to Providence. For patients like Ray P. Littlefield, who had his appendix removed at the Hope Street hospital in the summer of 1918, the city was the best option.

But many others relied on house calls. In September 1918, the Visiting Nurse Committee reported a particularly busy month of August – 153 home visits. “Four operations were attended, six babies were assisted into the world, and six souls eased in their departure,” reported Caroline Hazard, the mill heiress, and philanthropist who headed the committee. 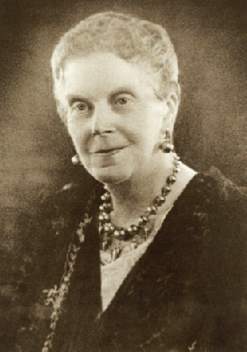 The health picture was complicated by World War I. Some local doctors, like Dr. John Paul Jones, were serving overseas. Nurses also were in demand. But in an eerily prescient side note, Miss Hazard said the workload might soon increase: “The autumn season is often one of a good deal of disturbance in matters of health, owing to the variations in temperature ...”

The first signs of trouble came from Newport, where, the Narragansett Times reported on Sept. 27, Albert H. Gadrow, whose parents lived in Rocky Brook, had died at the Naval Hospital of “Spanish influenza.” Soon cases were being reported in Narragansett and Wakefield. The Times, which on a typical week might contain one or two obituaries, was now printing four or five, with many of the victims – in the prime of their lives – succumbing to pneumonia.

Among the dead, in July 1919, was 10-year-old Howard Russell Harvey, a recent graduate of Wakefield School, who died of “septic sore throat” after being ill five days. “He was an especially bright and active little fellow,” the newspaper noted.

In her annual report for 1918-19, Miss Hazard said the Visiting Nurses had made 1,854 visits, including 25 deaths, 25 operations and 39 births. Clearly the wave of flu deaths and sickness had increased pressure on the community for a hospital of its own.

Miss Hazard already had a strong interest in promoting public health, and under her stewardship the Visiting Nurses conducted dental checks in the schools and advocated for child health. America, she opined, “has been much more eager to have its good cattle properly registered than to take care of its children.”

But it would be a health scare closer to home that apparently pushed her to act.

In an oral history taken by the American Association of University Women in 1973, Dr. John Paul Jones recalled that Caroline's brother, Rowland G. Hazard, had come down with appendicitis and languished until a doctor from Providence could arrive to perform an appendectomy in his Peace Dale house. This, not the young man's death often cited, was the example she gave Jones when she summoned him to her house in 1919 to pitch her idea for a local hospital.

Like everything Miss Hazard put her mind to, the idea for a “cottage hospital” quickly grew into reality. It would not be possible to overstate her role in making it happen.

Born in 1856, the daughter of Peace Dale Mill owner Rowland Hazard, she already had lived a life of great accomplishment by this time. Although she had no college degree, she was named president of Wellesley College in 1899. She had also written books, traveled the world, and donated to a number of causes far and wide.

In the summer of 1919, Caroline Hazard was 63 years old. She had left Wellesley nine years prior after suffering an illness, but she was still in her prime and prepared to do whatever it would take to establish a local hospital.

She quickly held a gathering at her home, Scallop Shell, in Peace Dale, attracting more than 50 of South Kingstown and Narragansett's movers and shakers. A week later, the Narragansett Times boasted “South County Hospital Assured.”

Thomas G. Hazard Jr. of Narragansett was appointed treasurer and was collecting donations; the goal was $5,000 for the first year's operating expenses. The Walter Watson House at 23 Kenyon Ave. was purchased for $4,950 with the help of “subscriptions,” but most of the money probably came from the Hazards. 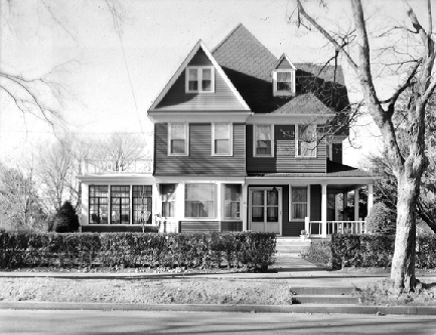 The proper, bespectacled Dr. Jones had returned in August after serving 20 months at a military hospital overseas. In his absence his wife, Carolyn, a registered nurse, had worked for the Visiting Nurses. The doctor and his wife would live in the house, and she would serve as the hospital superintendent – or, as Dr. Jones put it, “administrator, dietician, head nurse, and frequently anesthetist.”

Work on outfitting the house was soon under way. An undated bill from the E.F. Mahady Co. gives a flavor of the equipment needed: Eight bedsteads ($180), one child's crib ($19.20), one instrument cabinet ($130), as well as six bedside tables, one wheel stretcher, one instrument cabinet, glass irrigators, feeding cups, glass urinals, rubber sheeting and hot water bottles.

Builder Louis Bell renovated the house. On the first floor were the superintendent's quarters, a parlor where patients were admitted, a dining room and kitchen; on the second floor, two patient rooms, one private room, a nursing station, and a operating room, which doubled as a nursery; and on the third floor, two private rooms, a bedroom to accommodate two nurses, who slept in shifts, and another for the cook.

On Nov. 15, 1919, the cottage hospital was officially opened. From the start, it became clear it would be a stop-gap measure. 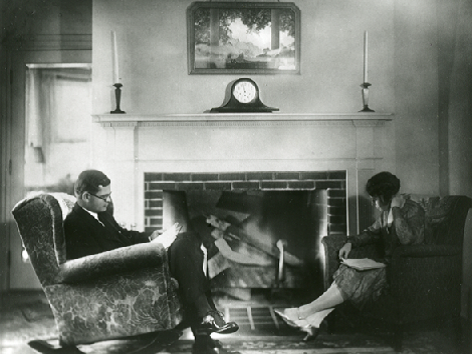 Established for seven patients, the cottage hospital frequently held more. It could not accommodate the many women who had decided a hospital birth was preferable to a home one, and expectant mothers had to make a reservation. The ceiling above the stairs was so low a stretcher would not fit, so Dr. Jones had to carry surgical patients upstairs in his arms.

Within a year, talk had begun of building a new hospital, and by 1922, Miss Hazard undertook the mammoth endeavor of designing and funding it. That effort would take three years of patient, sometimes exhausting work to herd the community's leaders in the right direction, design a building that was both roomy and efficient and find the money to pay for it all.

In its six years of existence, the cramped house on Kenyon Avenue served more than 1,300 patients. A typical year saw 144 admissions, 80 operations, and six deaths. Patients came from throughout Washington County, and some hailed from as far away as Australia.

The cottage hospital's story would end with Augustus Baton of Tower Hill, who, on Dec. 21, 1925, brushed his clothing against a candle, badly burning his hips in the process. He would be transferred to the new hospital when it opened on Dec. 28, 1925, being the only patient who could say he had stayed in both places.