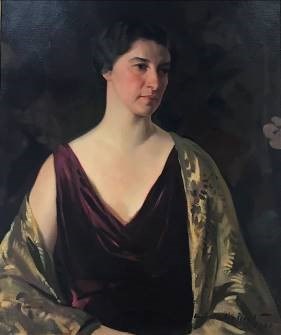 Caroline Hazard, the philanthropist and driving force behind South County Hospital, worked tirelessly to establish the cottage hospital, build its brick replacement, and keep the enterprise solvent through the difficult years that followed. But even she had her doubts.

On Sept. 11, 1923, after a particularly discouraging building committee meeting, she wrote to architect Frank W. Angell: “It is very hard to get any number of people to one mind I find, and I came home perfectly used up, after two hours and a quarter, and went to bed, for we seemed to have gotten nowhere.”

Miss Hazard's complaint, so unlike her, encapsulates all the challenges that the hospital's Board of Trustees and leaders would face over the years. For though the scale of the hospital's business would grow larger and more complex as it moved into a new century, its central problems were inherent from the start.

Sometimes they lacked patient beds. Sometimes those beds stood empty. And there was never enough money.

Funding the new hospital
Before the brick hospital opened in 1925, the funding gap had become apparent. In a petition seeking land for the new hospital, the trustees noted to the South Kingstown Town Council the number of “charity cases” it handled. In a brochure from the same time, organizers said patient costs totaled $14,000 a year but patient revenues came to only $4,246.

Then, as now, the shortfall had to be made up somewhere. At the cottage hospital, that meant $7,446 in community contributions with the rest coming from its endowment and other small sources.

In the beginning, the brunt of this worry fell on Miss Hazard, as president of the Board of Trustees, and her nursing superintendent, Maud F. Denico, who had been wooed away from Rhode Island Hospital in 1925 to run the new brick hospital on Kenyon Avenue.

Although the 1920s would be taken up with a flurry of fund-raising and expansion, the central headache of how to pay for the hospital's day-to-day operation never went away.

The 1928-29 annual report, despite its many statistics of growth, noted that patient charges still did not cover costs. But the hospital's situation would soon grow more dire when the stock market crashed in October. Suddenly the well-off summer visitors and old Yankee families had less money to donate.

That same year, Miss Hazard decided to step down from her role as hospital president. By now she was 73 years old. For a decade she had been a stalwart advocate, organizer and funder of South County Hospital. She would live 16 more years, and as honorary president, continue to attend annual meetings and have significant input into hospital business.

Passing the torch
Stepping into her role as president was Theakston de Coppet. He had deep ties to the region, where his family had summered since 1886, and he had just purchased an estate in Narragansett. A wealthy stock broker, he had supported the hospital in the past, including donating an ambulance in memory of his mother.

By 1932, the hospital's financial situation had grown perilous. The culprit continued to be a widening gap between patient fees and costs.
Wrote de Coppet in his annual message of August 1932: “Our financial resources, and our ability to carry on our services uncurtailed within the means of our income, are now, quite naturally, and more than ever before, our outstanding problem.”

As it would many times in the future, the newly formed Hospital Auxiliary swung into action, forming committees to solicit donations for everything from the Operating Room to drugs and dressings.

A team effort
Through World War II and beyond, the hospital continued to be managed by the team of hospital president and nursing superintendent. Maud Denico worked hand in hand with Mr. de Coppet, and, after his death in 1937, with Clinton Prescott Knight and Thomas P. Hazard. Miss Denico stayed in her role for 14 years, the third longest administrator in the hospital's history, affording important continuity in its operation.
On Aug. 16, 1939, Anna C.M. Nelson of Jamaica, N.Y., replaced Denico. She would work with the newly elected board president, Edward L. Colman. With the approach of war, both faced serious challenges beyond the hospital's financial straits.

Doctors were drafted; nurses volunteered for service. In February 1944 Katherine M.B. Hazard, wife of Isaac Peace Hazard, took the helm.
Mrs. Hazard had served on the board since 1934, had been the hospital's director of public relations, and knew the challenges ahead.

Her husband, known as I. Peace, was serving as vice president of the Hazards' Rhode Island Estates Corp. He and his wife had come to Rhode Island after twin tragedies: In 1918, the TNT plant he was managing for the family exploded, killing 50 people. A year later, their four-year-old daughter drowned in a lake.

Mrs. Hazard, the former Katherine Munro Burnet, stayed at the hospital's helm until the war's end, then abruptly resigned in September 1945. The newspaper reported the board accepted her decision with regret but quickly, “because of her reasons and her request for prompt action.” Although the paper is silent on those reasons, her husband died less than a year later, on Aug. 26, 1946, and may have taken ill at that time.

“By her diligent attention to the needs of the institution, especially during the last few years when the war shortages imposed what at times seemed insurmountable obstacles to the successful administration of the Hospital, Mrs. Hazard built up the loyal support of several hundred women” to serve on volunteer committees, according to the Hospital Bulletin of September 1945, a publication she herself had helped found. 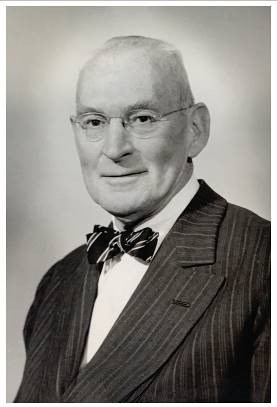 J. Vaughn Merrick would take her place. Merrick, a headmaster at St. George's School in Middletown, would play a role in ushering in the modern era. The man hired in 1958 to lead the hospital would have this to say about him and his fellow trustees: “They set a pattern of leadership for all the future boards of trustees who followed them in the past 50 years – none ever looked for what they could get for themselves, but rather how much of their time and resources they could give to the hospital and the community.”

Next: The hiring of Donald L. Ford ushers in the modern era