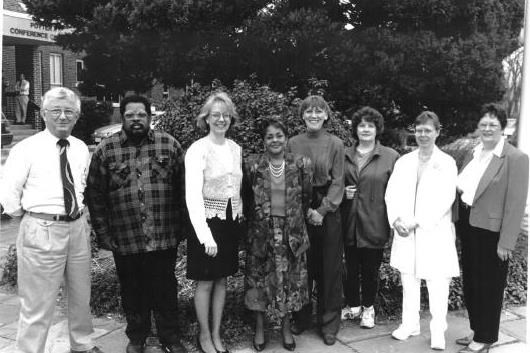 The Cottage Hospital that opened in 1919 was small, but from the start it needed employees to keep it running.

Dr. John Paul Jones, the hospital’s founding physician, and his wife Carolyn Jones, a nurse, lived in the house at 23 Kenyon Ave., but they could not do its work alone. They needed nurses to work and sleep in shifts. They needed someone to clean the house, cook the meals, and wash the linens.

In the 1925 census, Carolyn Jones was listed as head of this household, with four employees living there: three nurses Clara M. Jacobson, 25; Anna M. Hawkins, 31; and Sara M. Jones, 24, and a housekeeper Grace Perry, 25.

As the hospital grew from its modest beginnings to a new brick building, and unit wings were added and divisions acquired, its economic impact would grow. In 2015, the system was re-named South County Health, encompassing its four entities - South County Hospital, South County Home Health, South County Surgical Supply, and South County Medical Group. Besides the hospital, additional brick and mortar facilities include the Medical Office Building attached to the hospital, and Medical and Wellness Centers in East Greenwich and Westerly, RI, both offering Express Care provider services. 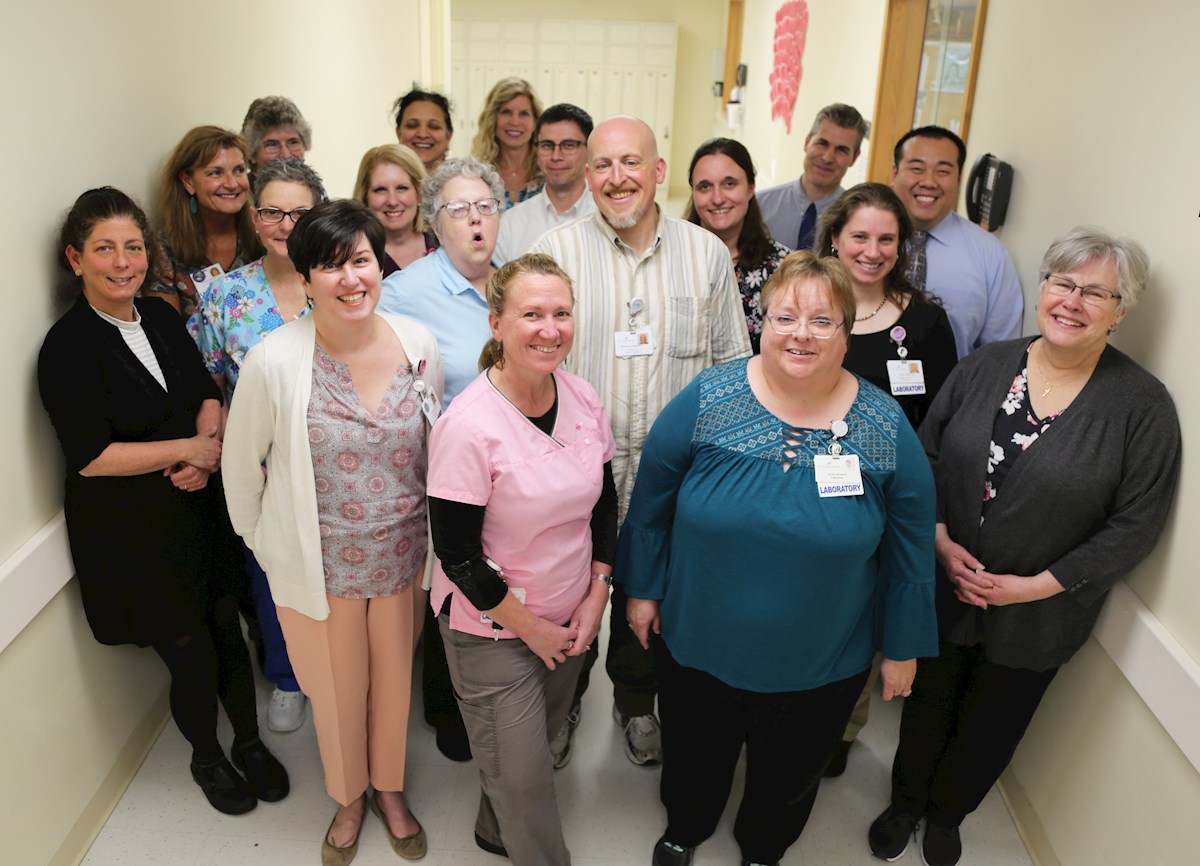 By 2019, the organization employed approximately 1,500 people in full- and part-time positions.

“They're the second largest employer in the community, and not just in terms of sheer numbers but value per position,” said Stephen A. Alfred, who served as South Kingstown town manager from 1976 to 2018. “They're well paying, professional positions. That's very important.”

Maggie Thomas, South County Health's chief human resources officer, estimates its payroll impact alone at $106 million, which does not include the many local businesses it contracts with for goods and services.

In addition, Thomas says, the hospital prides itself on a generous benefits package that prioritizes the health and well-being of its employees.

A tight-knit workplace
Besides doctors and nurses, workers in many other departments have found that the hospital offers not just a job, but a career. Below are stories of long-term employees:

When Joyce MacManus was hired by South County Hospital in 1971 as an X-ray technician to cover the on-call evening shift, she could expect about a dozen patients a night to be referred to her from the Emergency Room. She was paid $1.25 an hour and a fee per procedure - $3 for a hand X-ray, for example, and $5 for a skull.

From this modest beginning she built a career as a full-time employee, adding CT scans to her list of responsibilities.

“This hospital provides tremendous benefits,” she said. “Because we had the old-fashioned pension, I didn't have to contribute to it. We always had roll-over sick time so it would accumulate … Our health benefits were always wonderful. This hospital has been amazing for that kind of support.” (The hospital now has a defined contribution retirement plan, although many former employees continue to collect a traditional pension.)

The hospital also was a family, where employees took care of each other. MacManus learned this during the administration of President Ralph Misto, when he heard she was having trouble paying her taxes. He arranged for her to be compensated for her accrued sick and vacation time so she could clear the debt.

“That's how close we all were,” she said.

That sort of caring hit home for employee Sonya Gardiner when she was diagnosed with leukemia in 2006.

Gardiner was hired in 1998 in Environmental Services to perform housekeeping duties – changing bed linens, cleaning rooms and corridors. About two years later she transferred to Central Supply. This, too, was a physical job, sterilizing instruments and cleaning the large autoclave sterilizer.

After about five years, the “wear and tear” on her body prompted her to apply for a more sedentary position in OR scheduling.

In October 2006, a pain in her lower abdomen prompted Gardiner to visit the ER. It turned out her spleen was enlarged.

“God works in mysterious ways,” she said. “He got me to the hospital because of a pain, but it just happened to be in a different area. And then when they did the bloodwork all the white counts came back high.”

Gardiner eventually underwent a bone marrow transplant. Throughout her two years of recovery, her hospital family helped her cope.

“They were wonderful. The staff was awesome,” she said. “There were many people who were rallying for me, collecting time for me.”

Employees also organized a bone marrow registration drive for Gardiner and raised money to help her during her treatment.

Today, she provides data entry for the hospital's physician practice, South County Medical Group and is actually grateful for her leukemia diagnosis. “It's very hard to explain, but you know the feeling that you're just loved more than you ever thought.”

It started with work-study
Shawn Bell credits her career as a respiratory therapist to the six-month work study she did at the hospital while a senior at what was then Prout Memorial High School in Wakefield. A family friend, nurse educator Mary Kehoe, helped her secure the opportunity in 1979. Bell was supposed to rotate among departments, but landed immediately where she wanted to be - respiratory therapy.

After receiving a bachelor of science in her field from Quinnipiac College, she completed an internship at Stanford and moved to California to begin her career. She moved back to Rhode Island in 1988 and earned a master's degree in extracorporeal technology from Northeastern University in 1991. She worked at Rhode Island Hospital and Massachusetts General, operating the heart-lung machine during open heart surgery. But it wasn’t her ‘calling’.

“I found that to be very challenging. I cried every day,” she said.
In 1993, Bell returned to her roots at South County Hospital where she continues to care for patients as a full-time respiratory therapist, treating patients in every department of the hospital.

“It is so much more rewarding” than the intensity of working in the OR. “I will say I do love my job. I love the patient contact. I like to make a difference, and I think we do.”

A culture of community
Maureen Klaboe, another longtime employee, found many opportunities at the hospital since starting as a full-time lab technologist in 1979. In the 1990s, she transferred to laboratory information system (LIS) as a coordinator, helping to set up a new lab computer system.

Klaboe credits the hospital's tuition reimbursement program and its medical scholarship to help her advance her education and career. In 1995 she received a bachelor of science degree in health care administration from what is now Roger Williams University.

Then, in 2002, she was tapped to supervise the phlebotomists where she worked until 2011 when she was promoted to the IT Department. There, she said, her computer experience in the lab was put to use throughout the hospital.

“It's just been a fabulous place to work,” Klaboe said. “I love the town. I live close by. I love the people here in the hospital.”

“I give him a lot of credit for perpetuating the culture of community and family. Back then he didn't advocate for ID badges because he thought everyone should know everyone's name.”

She remembered the hospital's softball team, company barbecues and informal nights out as a way to build this camaraderie.

“I've always felt like the hospital really cares for and values their employees,” she said. “I think it's a great place to work.”