Originally appeared in the South County Independent and the Narragansett Times

On Oct. 9, 1922, Caroline Hazard – philanthropist and champion of the South County Cottage Hospital – outlined her vision for a new hospital in Wakefield.

In a letter to Boston architect Edward F. Stevens, she wrote of “a little hospital we want to build here,” of 20 rooms, “with room to grow.”

She envisioned 10 surgical beds, a maternity wing, and a recovery room. The hospital would need a kitchen, dining room, nurse's parlor, record room, and offices, as well as an “etherizing room” and “sterilizing room.” In other words, all of the conveniences of a modern hospital, on a smaller scale.

While she already had hired an architect – Frank W. Angell of Providence, who had designed other buildings for the Hazard family – she wanted Stevens in a consulting capacity, because Angell had never designed a hospital.

In Edward F. Stevens Miss Hazard had chosen the foremost authority on hospital design in America, perhaps in the world. Stevens literally wrote the book on hospital architecture - “The American Hospital of the Twentieth Century,” published in 1918. He had studied European architecture and designed hospitals throughout the U.S. and Canada.

When siting a hospital, “a southern exposure is always desirable,” he wrote. Further, “enough land should be provided to allow for growth.”

So far, so good. The town of South Kingstown had donated 6 acres of prime land on Kenyon Avenue, part of the former town poor farm. Located on a rise sloping toward Salt Pond, the land would afford patients an unobstructed view of the water, as Route 1 had yet to be built.

Stevens also believed surgical patients must be isolated from the general hospital population. Presumably, this would be to prevent infection. In his book, he recommended a separate building for the OR, if possible.

This would soon emerge as a major obstacle.

Stevens, the anointed expert, wanted the OR on the first floor, as far away from patient rooms as possible. Miss Hazard, citing the expertise of her nursing superintendent, Carolyn Jones, wanted it on the second.

Miss Hazard trusted the women involved in the cottage hospital as much as the male experts. She had consulted Mrs. Isaac Robinson, the head of the building committee, as well. Both women agreed on what Stevens refused to acknowledge: having an operating room far away from patient rooms would be a logistical nightmare.

Stevens called Mrs. Jones's ideas “rather radical.” Miss Hazard was unmoved. By May 1923, she had had enough.

“I was authorized by a formal vote [of the trustees] to arrange for a settlement with you, and to notify you that we can proceed without further consultation,” she wrote on May 21.

But then a funny thing happened. Miss Hazard, perhaps regretting their impasse, suggested they might consult with him again. And when the final plans were drafted, they credited two firms: Angell & Swift, and Stevens & Lee.

And the location of the state-of-the-art operating room? The second floor.

Now another hurdle lay ahead: finding the money to build the hospital.

Miss Hazard had committed $50,000 for the construction, which was estimated to cost nearly twice that. The hospital also had to be furnished and outfitted, and operating funds set aside for its first year. A fund drive was begun with a goal of $225,000.

A total of 360 volunteers divided into 32 teams were organized to canvass the towns in Washington County.

From the start, Folsom's keen sense of public relations would provide the argument necessary to rally the community behind the project.

He understood that before people would donate, they had to be assured of three things – that the new building was necessary; that it would serve all, regardless of ability to pay; and that it would be in keeping with the small-town atmosphere of Wakefield.

On July 18, 1924, residents gathered at Hazard Memorial Hall in Peace Dale, where Wells outlined plans for the three-story building. The Narragansett Times said it would be “modernly designed but not citified.”

Although no direct evidence of this exists, Folsom's touch seems to be all over that “not citified” narrative.

Folsom also probably wrote the full-page ad that appeared in the Times on Aug. 1, 1924. It praised the “splendid site” selected for the new building, with its “abundant light and air, excellent drainage and freedom from smoke and noise.” Instead of wards, the hospital would contain two-bed and three-bed semi-private rooms, and even a few private rooms. The ground floor would include an “accident room for quick handling of emergency cases, a laboratory, an X-ray room with dark room, the boiler room, kitchen, etc.” Administrative offices would be on the first floor, along with two private rooms and five two-bed rooms. A maternity ward and operating room would be on the second floor, along with three private rooms, three two-bed and one three-bed room. Nurses' quarters would be found on the third floor.

One broadside, headlined “An Ideal Hospital,” describes the project thus: “Large enough to guard the health of more than ten thousand people, small enough to be economically run – thoroughly modern for efficient operation, yet of pleasing design, not 'citified' - the new hospital will be ideally adapted to the particular needs of its own South County district.”

Volunteers fanned out to every corner of the county. By Aug. 7, they had raised $94,804. South Kingstown, understandably, led the donations, with $60,000. Money continued to pour in, reaching $120,080 a few days later, the Providence Journal reported.

Louis Bell was awarded the work at a cost of $90,000, and work began in September. Plumbing, electrical and heating contracts would bring the total cost to $117,640. Caroline Hazard's dream of a modern, efficient hospital for her community was nearing fruition. 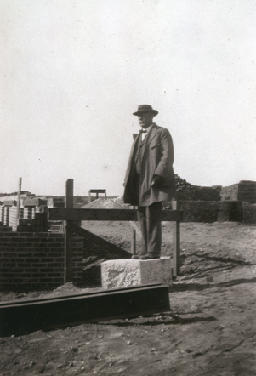 In November 1925, the new hospital was opened to the community for a three-day celebration. On Saturday, Nov. 28, dedication exercises included tours and a tea in the nurses' dining room.

The building, reported the Narragansett Times, was 114 feet long, 40 feet wide, with three stories in the front and four in the rear. It opened with 22 of its 23 beds ready, a maternity ward “with all the modern equipment” and an operating room “designed after the very best models.”

Presenting the key to Miss Hazard, campaign chairman Wells said, “We trust that for many generations much suffering may here be relieved, many sick restored to health and that this may be the birthplace of many of our future citizens.”

The hospital opened on Dec. 28, and three days later Henry Hoyle of the Beaver River Valley section of Richmond was operated on, most likely the hospital's first surgical patient. 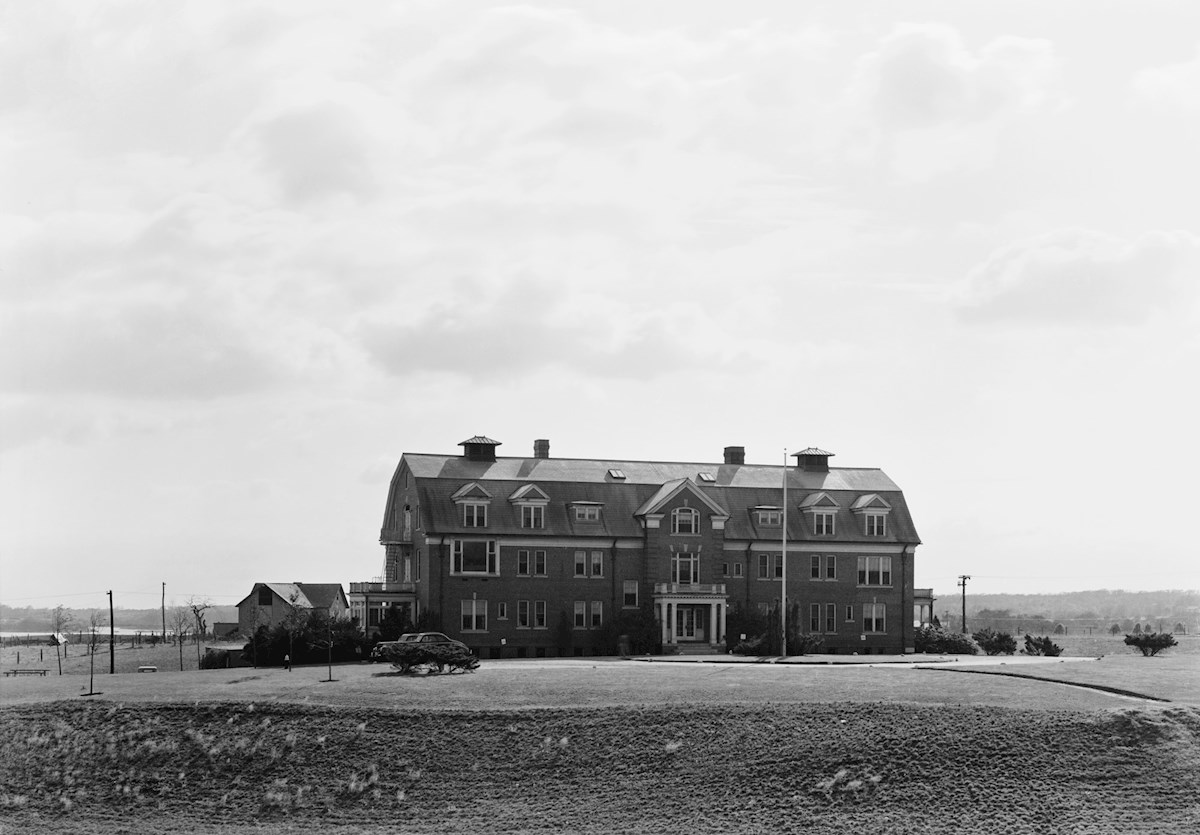 His condition was familiar to Caroline Hazard and all of the people who had worked so hard to build a new hospital. It was the same one that apparently killed the Narragansett boy bound for Providence and required Miss Hazard's brother to have a home operation, incidents that had set the hospital in motion six years before.