To reach fellow surgeons in other countries, Dr. Marchand dons his surgical attire and enters one of the seven operating rooms at South County Hospital to instruct other surgeons on the use of Mako SmartRobotics in a Virtual Surgical Observation (VSO).

Throughout the hour-long procedure – a Mako total hip full anterior approach replacement - on an actual patient, the Spanish surgeons asked questions and learned from Dr. Marchand via an interpreter who sat with the surgeons in Madrid.

As Dr. Marchand used the surgical tools and technology in the operating room, he explained the benefits of the robotic technology and his step-by-step process to remove the patient’s unhealthy bone and replace it with an implant.

The difference using Mako, Dr. Marchand explained to his fellow surgeons, is the pinpoint accuracy it provides.

“I always thought I was good,” Dr. Marchand told his Spanish counterparts, “but I can’t match the precision of using this technology.”

Interview with the Boston Globe

Boston Globe reporter, Alexa Gagosz, joined Dr. Marchand and the surgeons from Spain via the livestream and spoke with Dr. Marchand after the surgery to learn more about Mako and its benefit to patients.

Below is a link to the Boston Globe’s weekly Rhode Island Innovators column, as well as some excerpts from it.

Q: How is this method better, other than being more precise?

Marchand: The incisions with this method are smaller, and the tissue damage is less. That’s going to be a better outcome for the patient, and they’re going to recover a little quicker.

Q: Why don’t more orthopedic surgeons in Rhode Island use this technology?

Marchand: I can’t answer for other institutions, but I can tell you that from the economics early on, it was a big purchase (for South County Hospital). Last year, I did about 1,200 joint replacements myself. Some surgeons are egotistical and frankly don’t think that they need it.

To learn more about Mako SmartRobotics and how the surgeons of Ortho Rhode Island help patients at South County Hospital, click here > 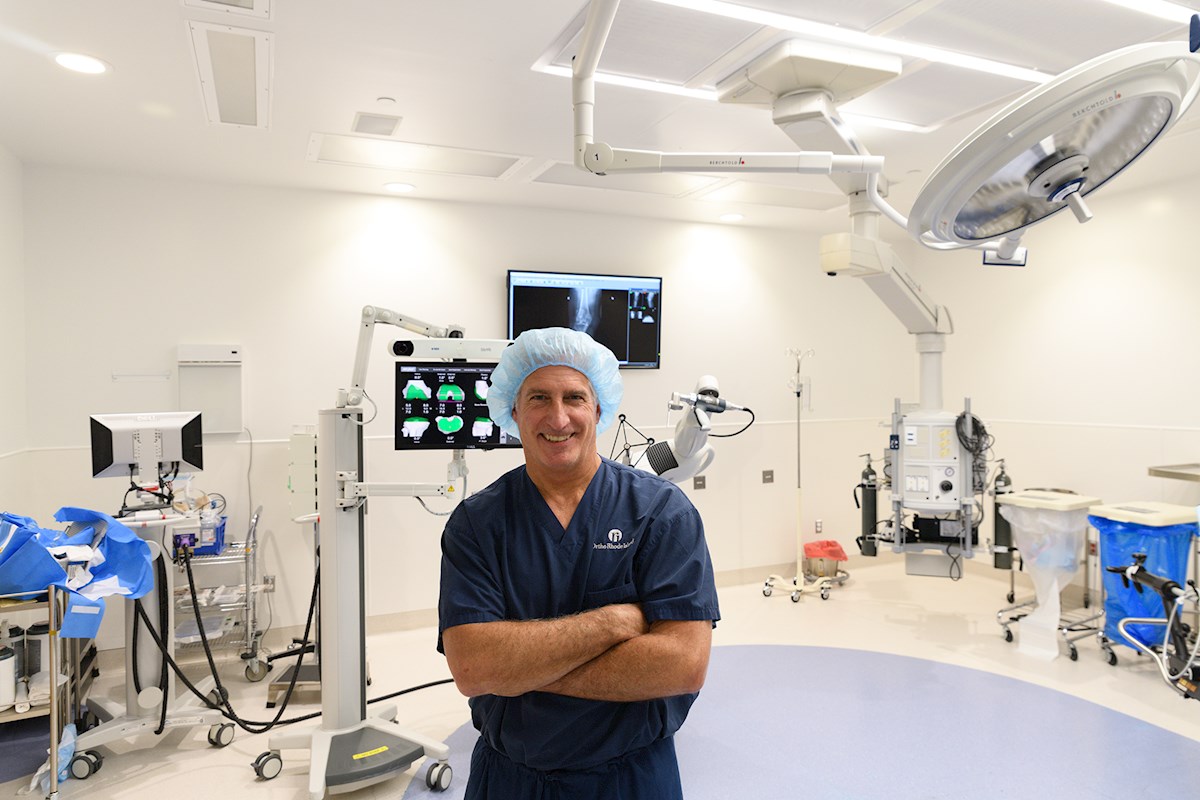