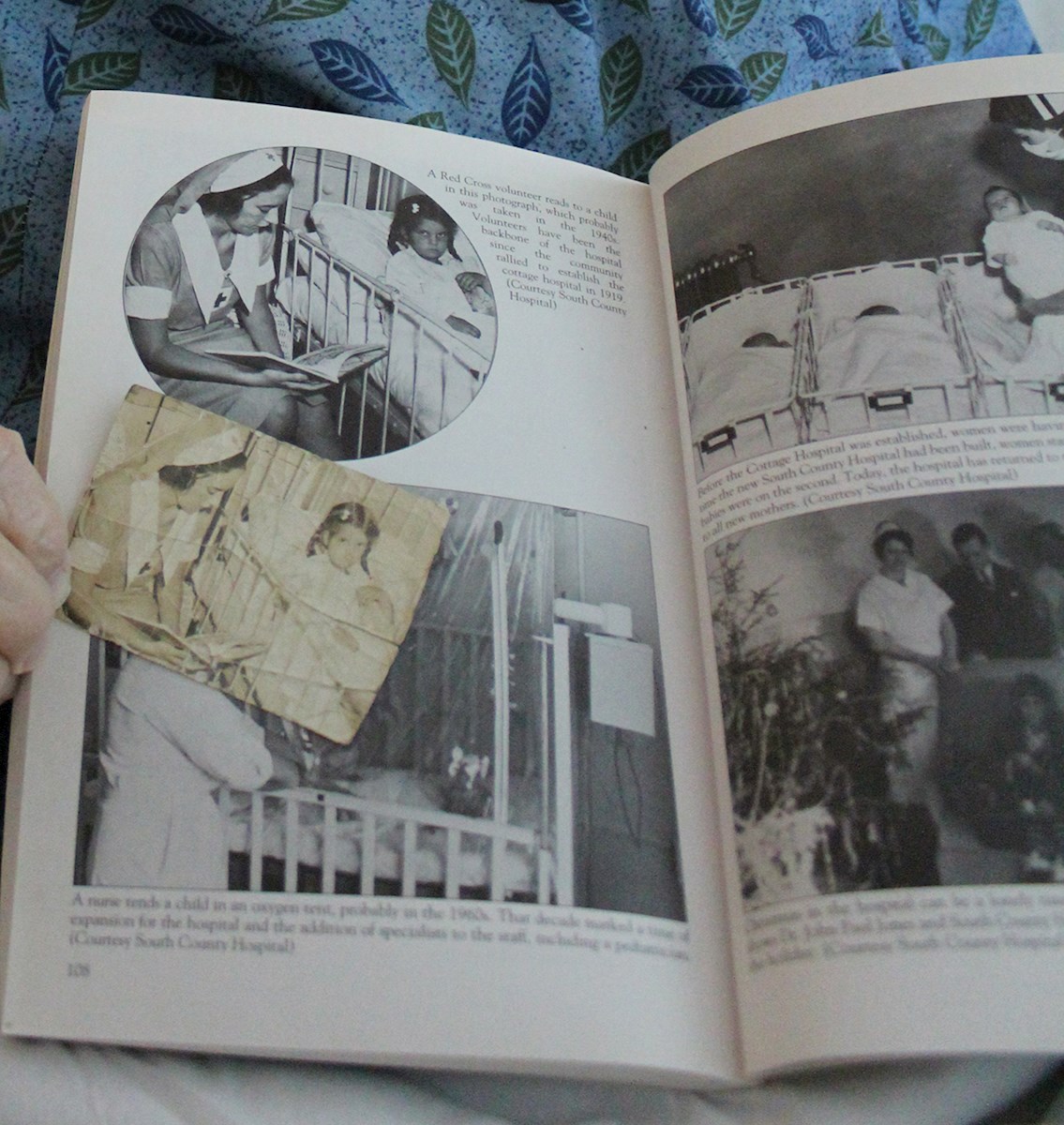 In 1997, the village of Wakefield was highlighted in a history book series entitled Images of America: Rhode Island, written by local writer and historian, Betty J. Cotter.

On page 108 there is a photo of a young girl in a hospital bed, with a woman seated bedside, reading to the little girl. The caption reads: “A Red Cross volunteer reads to a child in this photograph which was probably taken in the 1940s. Volunteers have been the backbone of the hospital since the community rallied to establish the cottage hospital in 1919.” (The Red Cross volunteer in the photo was later identified, although unconfirmed, as Jane Kenyon Caffrey.) 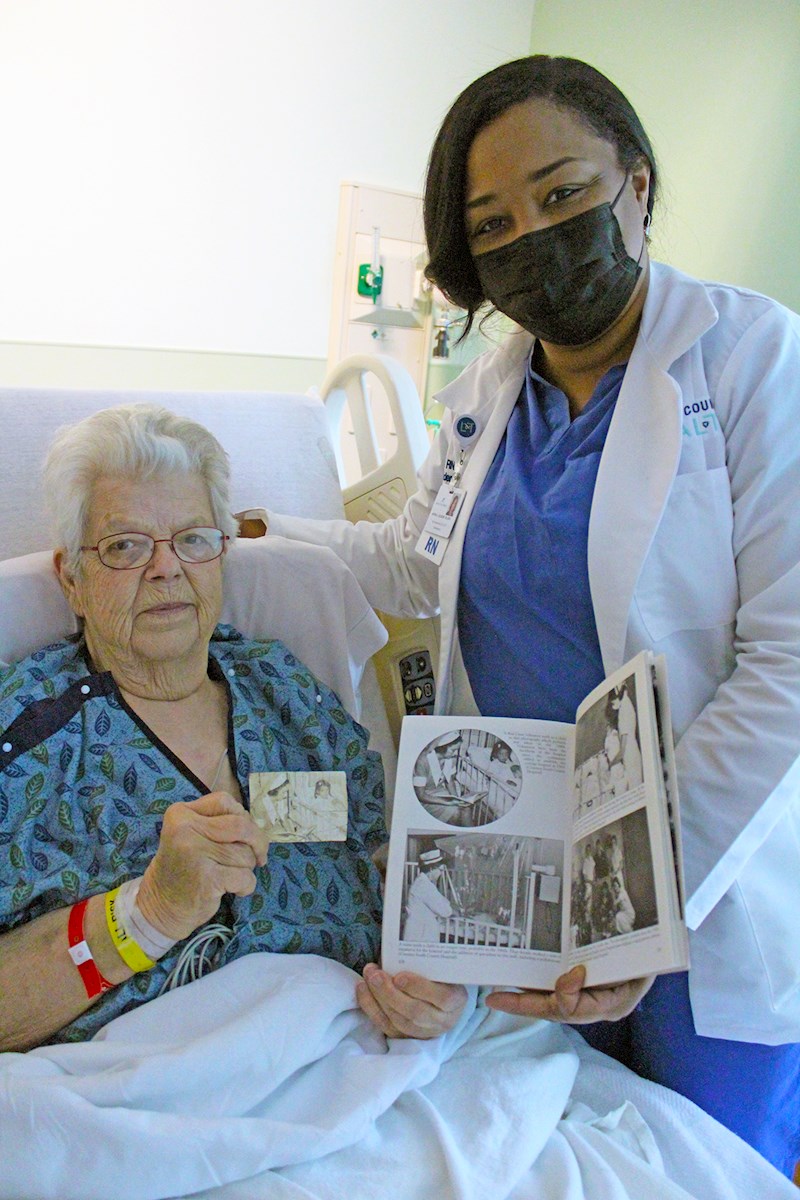 Marian Joan (Caswell) Streeter, now 86, was that little girl in the photo and remembers the day vividly, but kept her identity among her family and friends. In April 2022, Joan, as she is known to her friends and family, had been admitted to South County Hospital and thought she would share the story – and her identity – with the staff, including Anitra Galmore, South County Health's Chief Nursing Officer (pictured).

“It was in 1940. I needed an emergency appendectomy and was rushed to South County Hospital,” she said. “As soon as somebody in my family saw it, they knew it was me.”

With only a handful of people knowing who the girl in the photo was, Joan said her mother encouraged her to tell someone, to put a name with the face. Rather than draw attention to herself, she kept the secret among her family and friends, despite having the opportunity on several occasions.

During her recent stay at South County Hospital, and with her mother since passed away, she asked a family member to bring the book and photograph to her.

“Over the years I’ve been here many times,” she said. “If I don’t say something soon it’s going to be a bygone history and nobody’s going to know about it. I figured this is the time, I better say something.” 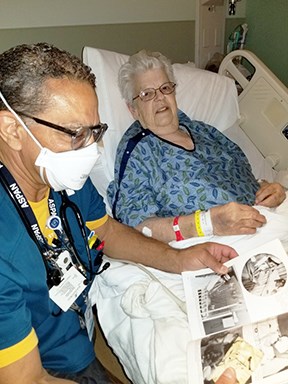 She shared the story with the nurses and others who provided care during her stay. One nurse, Jeffery Crawford, even recreated the scene, sitting bedside, reading to her.

South County Hospital holds a special place in Joan’s life. She was born there in 1936 in “the little brick hospital” that it was. Her six siblings were also born there.

“I had my tonsils out in 1950, my sister and I came in together,” she recalled. “I’m so thankful to see that this hospital has grown into what it has.”

For nine years, Joan lived in the neighborhood that surrounds South County Hospital. She’s also lived in Texas, Minnesota, New Mexico, and Michigan, and has experienced hospital care in each of them.

“Maybe it’s just because it’s home, but I don’t think so. (South County Hospital) is just a great and wonderful hospital. You can’t get better care. Everybody is always so friendly. If you need something they’re right there for you.”