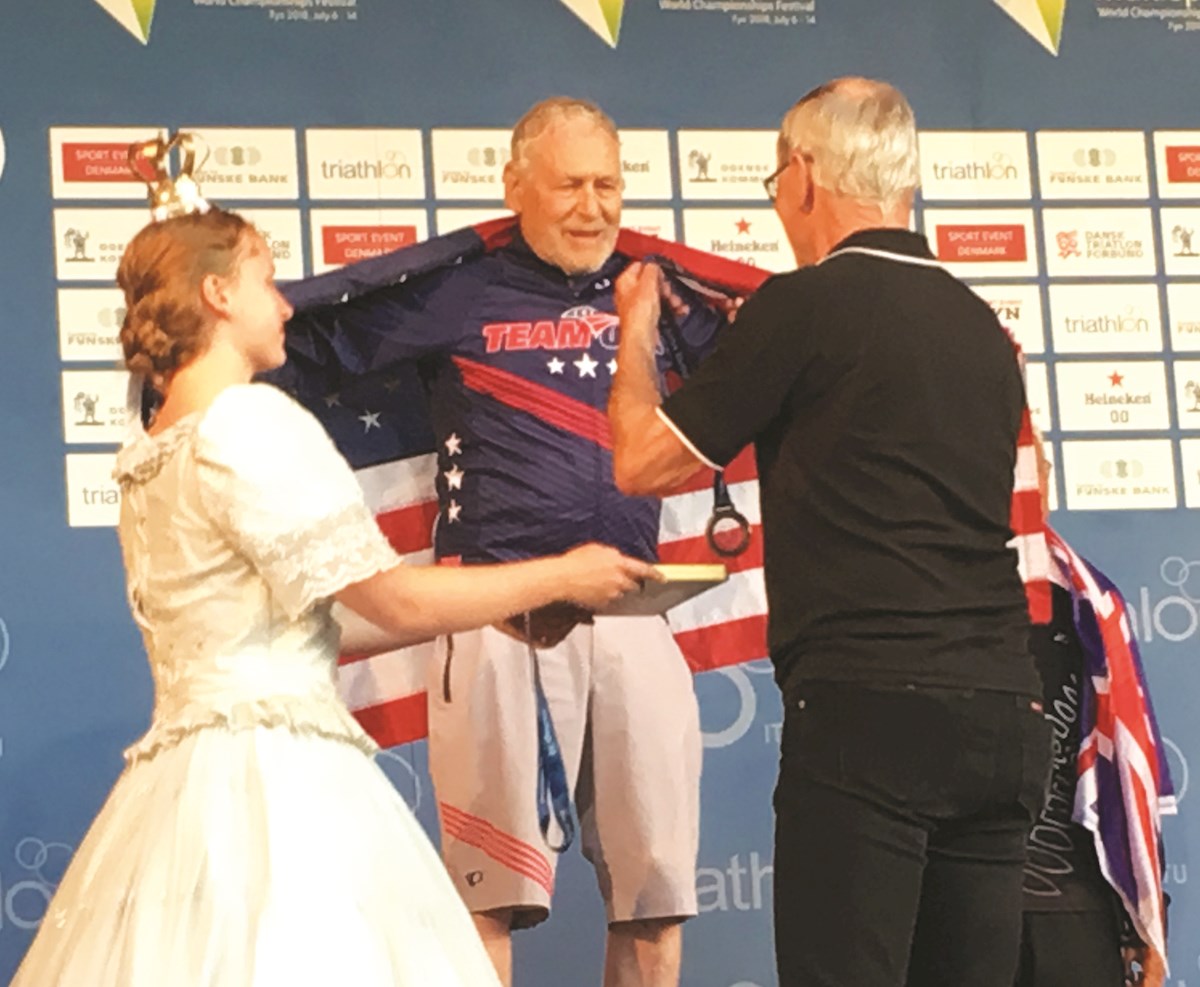 Infectious disease specialist, Fred Silverblatt, MD, took some time away from his practice at South County Health this July. At 81 years of age, he’s spent 48 of those years practicing medicine and a vacation is well deserved. But rest and relaxation wasn’t part of his vacation plans. Instead, he joined the athletes crowding the start line at the International Triathlon Union (ITU) Aquabike World Championships in Fyn, Denmark.

“I qualified for the US Triathlon team in November in Miami during the national championships. I’ll compete in the aquabike event at the world championships,” Dr. Silverblatt said before leaving for Denmark.

Dr. Silverblatt, a seasoned veteran of marathons and triathlons, participated in the aquabike event at the Denmark competition. That event consists of a 3k (1.9 mi) swim and a 120k (75 mi) bike race.

“I’ve developed arthritis in my knees,” Dr. Silverblatt said. “This year I decided that in order to continue racing I would switch to the aquabike event.”

Among the field of participants, Dr. Silverblatt was one of four registered competitors in the male 80-84 age group, and one of two in that group representing United States. One competitor from Germany decided not to compete and the other U.S. athlete dropped out half way through the bike leg.

Racing in cool and windy conditions, Dr. Silverblatt recorded and overall time of 6:50:41, earning second place behind the age group leader, Garth Barfoot, a New Zealand racing legend, with a time of 6:30:42.

“I’ve been training since the beginning of the year. Since April 1 I’ve been in high gear doing daily workouts in the pool, in my basement, on my bike, or at the gym doing weight training,” he said. “I’ve had to get up at five in the morning or do my workouts after finishing my clinical duties in the evening.”

His long workouts – 2 to 3 hour-long bike rides and an hour-and-a-half swim – were saved for weekends.

“I’m excited to represent the USA in this race,” he said before leaving for the July 14 competition. “I’m proud to have ‘USA’ on my racing bib.”