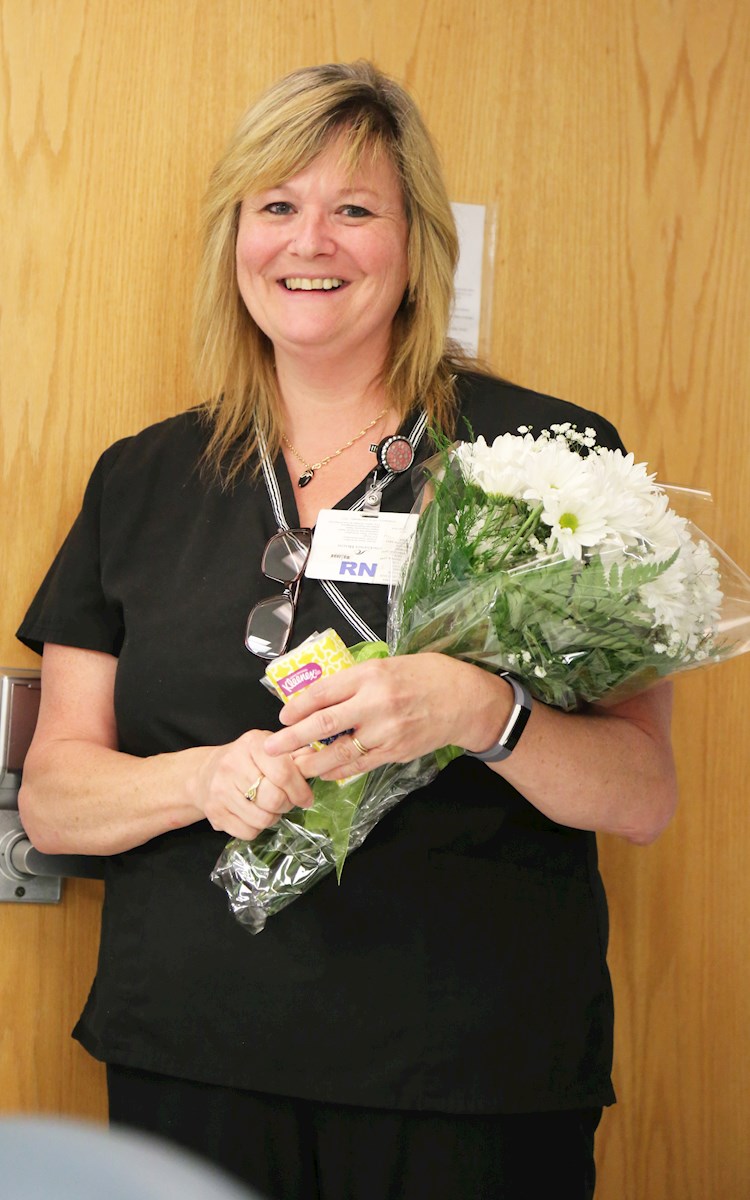 Serena Kenyon, a Registered Nurse who works in South County Hospital’s Emergency Department, received one of nursing’s greatest recognitions for patient care at a surprise ceremony held on Friday, May 31. The DAISY Award, a recognition given to nursing professionals who have gone above and beyond in his or her role in patient care, was presented to Serena, after she was nominated by Carol Caporelli, the daughter of a patient she cared for in November 2017. 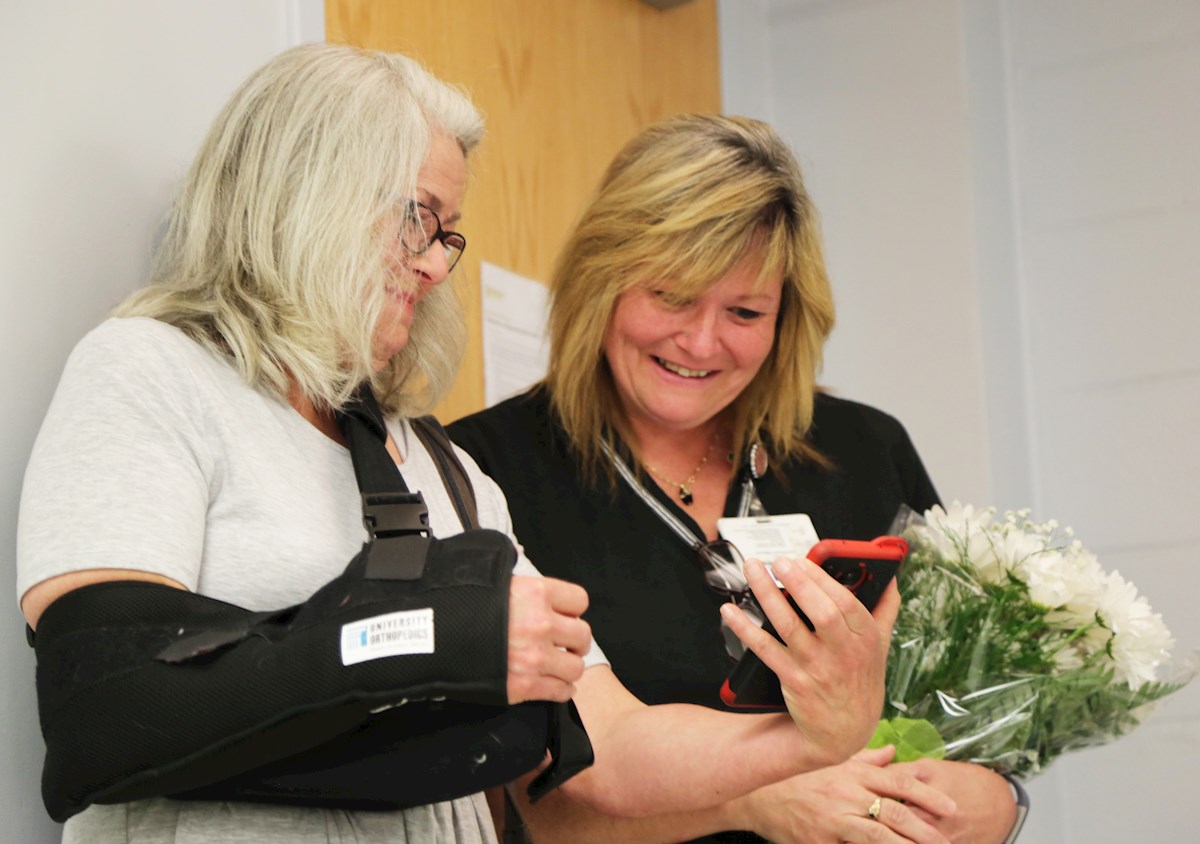 The surprise ceremony took place in South County Hospital’s surgeon’s lounge, where a crowd of her co-workers, families and friends gathered to recognize her.

In the nomination, Carol described how her 91-year old father was brought to South County Hospital’s Emergency Department by rescue while experiencing acute and unrelenting abdominal pain and sudden weakness, which caused a fall. On arrival it was discovered he had internal bleeding. During a stressful and trying time for the family, Carol credited Serena for being “very thorough and reassuring every step of the way.” Serena even accompanied Carol’s father in the ambulance while he was transferred, Carol said.

“That is not a trait everyone possesses,” Carol said. “My father survived six units of blood and a cauterization. He remembers his ‘traveling companion’ fondly for her calmness, support and kindness.”

Besides the accolades received from those in attendance, Serena received a surprise “thank you” from Carol’s father who was unable to attend the event, but expressed his gratitude via a video recording on his daughter’s cell phone.

In recognition of her selection, Serena received a DAISY Award certificate and pin, as well as a sculpture called ‘The Healer’s Touch.’ As part of the DAISY tradition, she and her colleagues enjoyed refreshments that included cinnamon rolls.

About The DAISY Foundation
The DAISY Foundation was established in 1999 by the family of J. Patrick Barnes. His family was awestruck by the care and compassion his nurses provided and one of the goals they set in creating a Foundation was to recognize extraordinary nurses everywhere who make an enormous difference in the lives of so many people by the super-human work they do every day.

Cinnamon rolls were a favorite of Patrick’s during his illness. The Barnes Family asks that whenever and wherever nurses smell that wonderful cinnamon aroma, they stop for a moment and think about how special they are.

To nominate a nurse for the DAISY Award, patients, visitors, nurses, physicians, or colleagues may complete and submit the form on our website.

If the nurse you nominate is selected as the recipient, you will be contacted to share in the celebration.