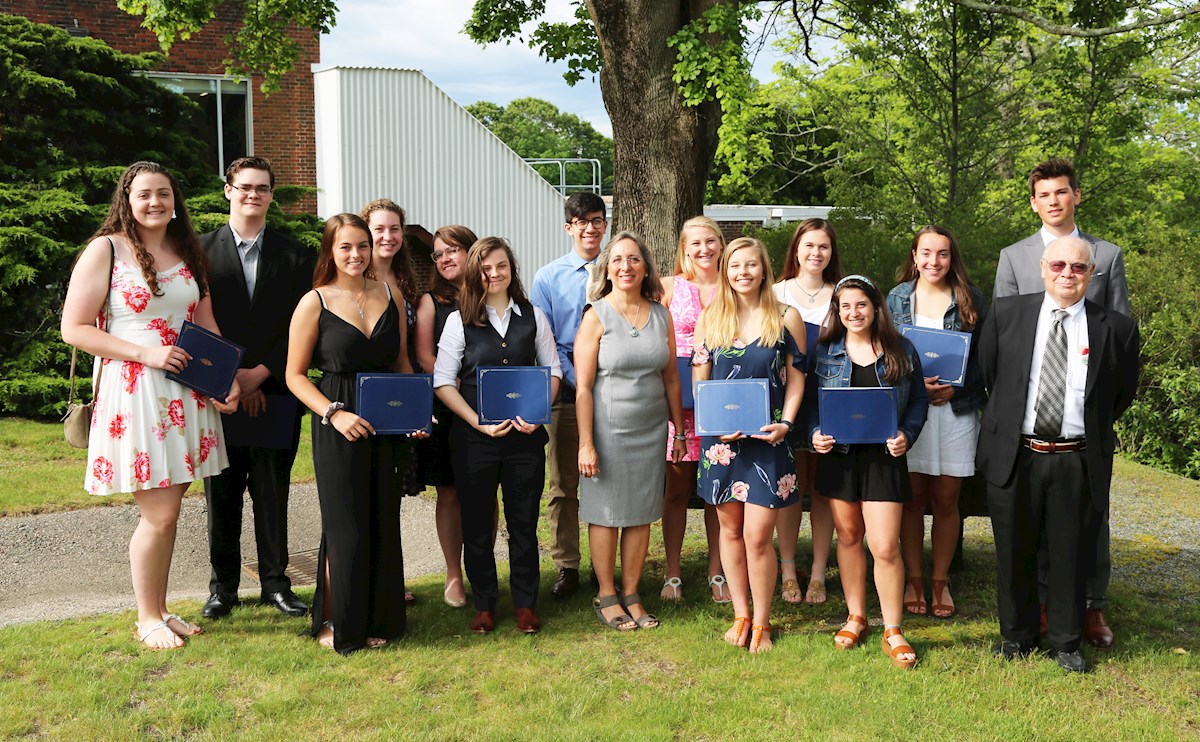 The Medical Staff Scholarship is awarded to students who are interested in pursuing a career in the medical field. To begin the process, guidance counselors from high schools in Washington County are asked to nominate two students for consideration. The scholarships are awarded to students who are entering post-secondary training and who demonstrate a combination of academic achievement and financial need. These awards were presented by Eleni Pappas, DPM, the Scholarship Committee Chair.

The Medical Staff Scholarship awardees (along with their high school, intended college, and major) are:

The Conrad Nestor Scholarship is open to dependents of South County Health employees who plan to further their education in any field. The scholarship committee reviews each student’s application that includes academic experience, extracurricular and civic involvement, and a personal essay on why he or she should receive the award. David Chronley, MD, a pediatrician who oversees the Conrad-Nestor Scholarship, presented these awards to the students. Mrs. Marty Conrad, the widow of Dr. Conrad, attended the scholarship event along with family members.

The Conrad-Nestor Scholarship awardees (along with their high school, intended college, and major) are:

Dr. Pappas, DPM, is a member of the South County Health medical staff and has been on the scholarship committee since its inception.

“Throughout the decades, we have given scholarships to students who are now physicians, pharmacists, physical therapists, nurses, medical technology researchers, dentists, and sports medicine trainers,” Dr. Pappas said. “We see this as an important way for South County Health to continue contributing to a healthier community.”

In 1999, the Conrad-Nestor Scholarship was created by Dr. David Chronley to honor two doctors from South County Hospital. Robert L. Conrad, a general surgeon, was on staff from 1965 to 2000 and was instrumental in improving the facilities, staff, and patient care at South County Hospital. He served as both President of the Medical Staff and Chief of Surgery. During his tenure, he established the first EMT training in the state, the first radio communication between South County Hospital and rescue squads, and the first FAA-approved hospital heliport in New England. Thomas A. Nestor, MD, a surgeon and family doctor, was on staff at South County from 1946 to 1986 and was known for his formidable schedule and compassion for his patients. He made house calls until his retirement. As a Major in WWII Parachute Infantry, Dr. Nestor made numerous jumps under fire to care for wounded soldiers on the battlefields of the South Pacific.