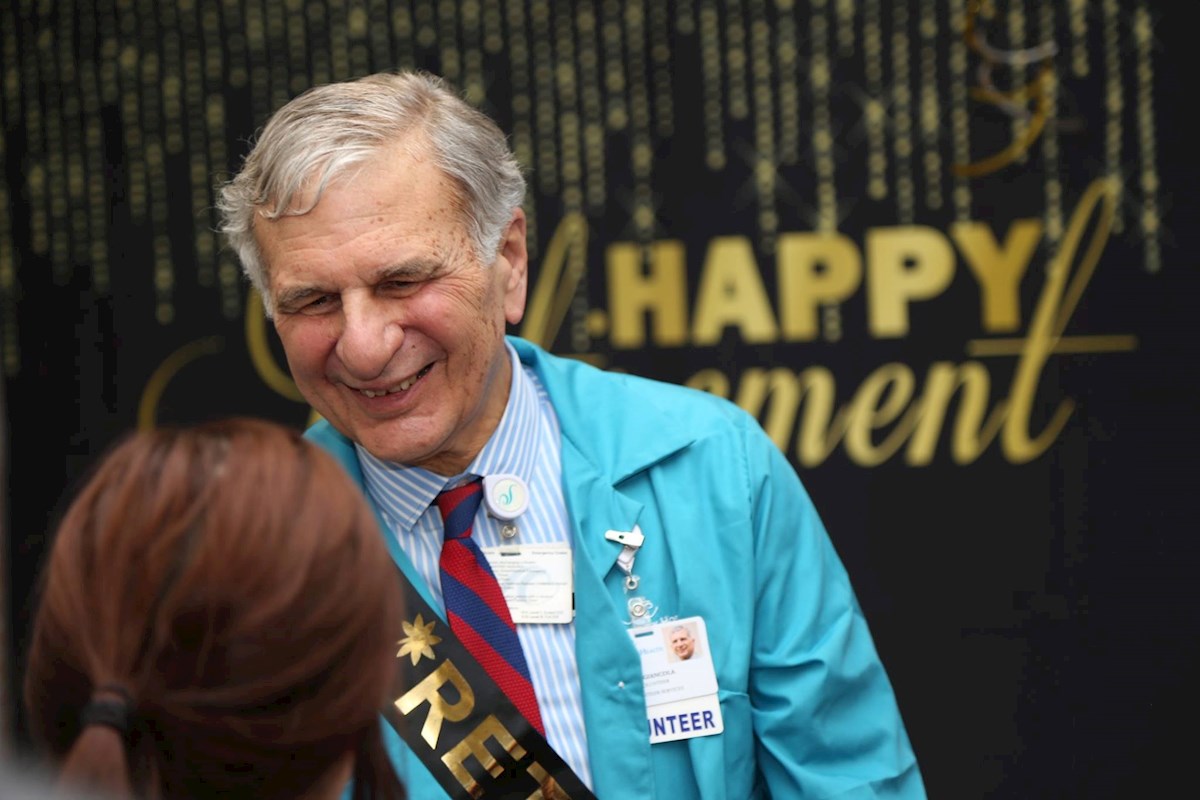 After nearly two decades serving as President/CEO of South County Health, Lou Giancola was embraced, honored and, at times, teased by a number of staff, volunteers, friends and family who gave him a heartfelt good-bye.

On Friday, April 29, 2019, the South County Hospital lobby was amassed with well-wishers, many of whom had personal stories about Lou and how his leadership style influenced their own work ethic.

After the guest of honor and attendees viewed a special video tribute to honor the retiring CEO, several colleagues offered brief tributes to Lou. 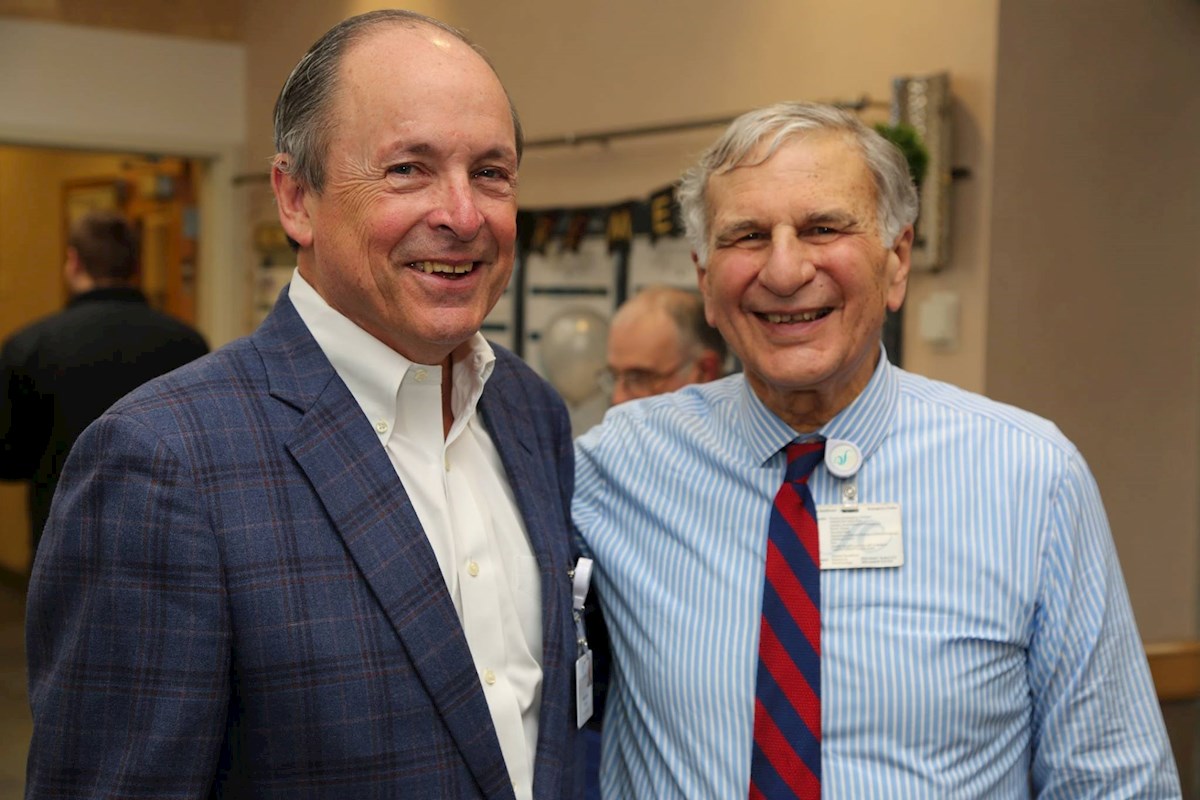 Dave Menatian, a physical therapist who works with patients, described Lou as “a leader who never took credit but instead, always looked for ways to share it with staff.”

“I thought I’d have a parking spot close to the door,” Tom joked of the anticipated ‘executive privilege’ he thought leadership staff would have. “Then I saw Lou walking across the parking lot where his car was parked under the cell tower.” 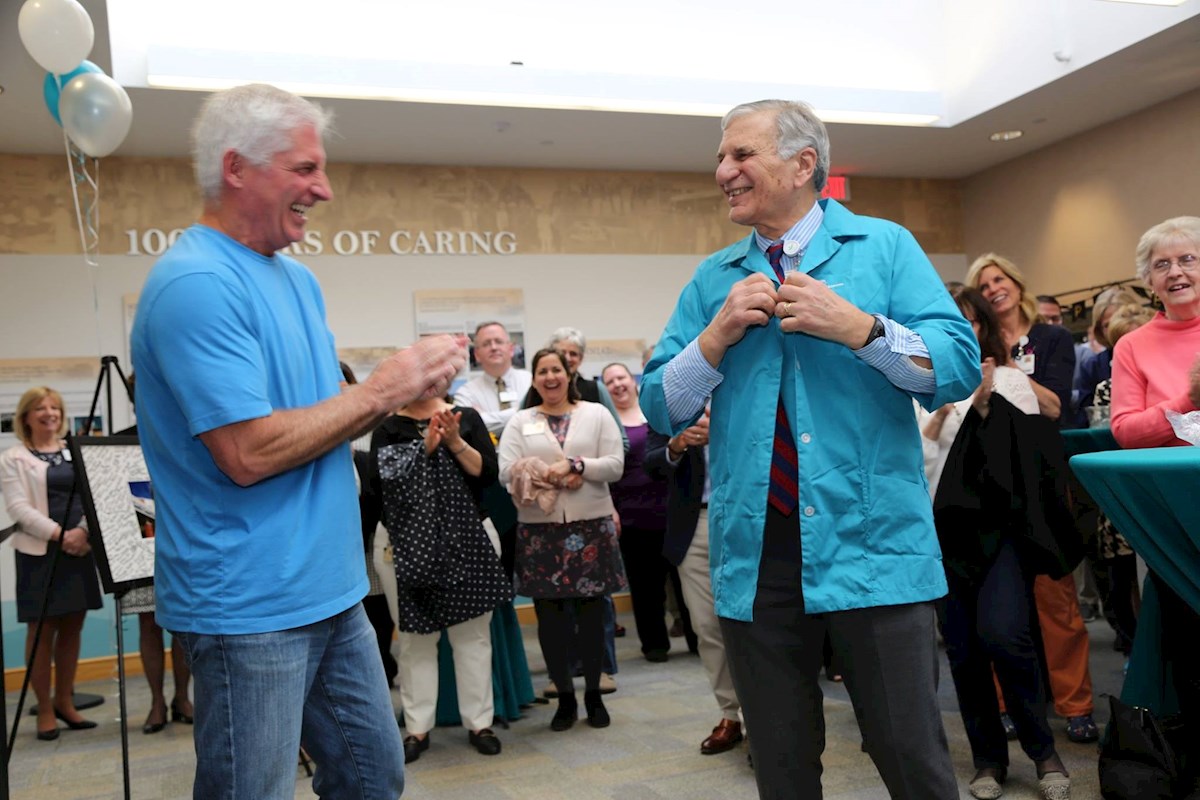 Lou’s fiscal mindset was also evident when Tom went into the supply room on his second day of employment to look for a mechanical pencil.

“Lou’s administrative assistant followed me in and asked if she could help me find anything,” Tom said. When he told her what he was looking for, her reply caught him off guard.

“They’re too expensive,” he recalled her saying, while handing him a box of wooden yellow pencils. “These work just fine.” 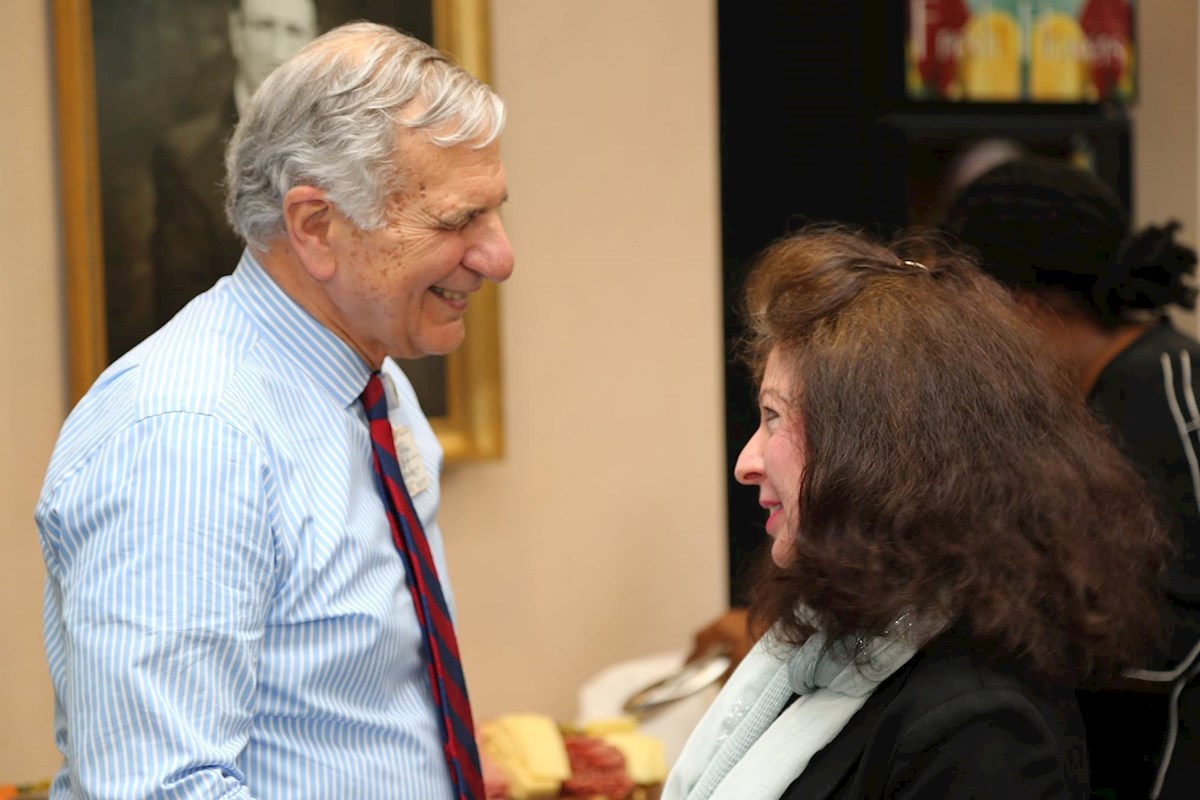 During Lou’s tenure with South County Health, he demonstrated a personal connection with each employee. While he may not have had the opportunity to meet each staff member personally, he was known for sending every employee a birthday card, complete with a personal message and signed, “Lou.”

Maggie Thomas encouraged Lou to continue that tradition in his retirement, handing him a box filled with 2,000 cards and a list of names and birthdays for him to send.

Likewise, Nadine McCauley, Volunteer Services director, listed all the volunteer opportunities available to Lou now that he is retired. 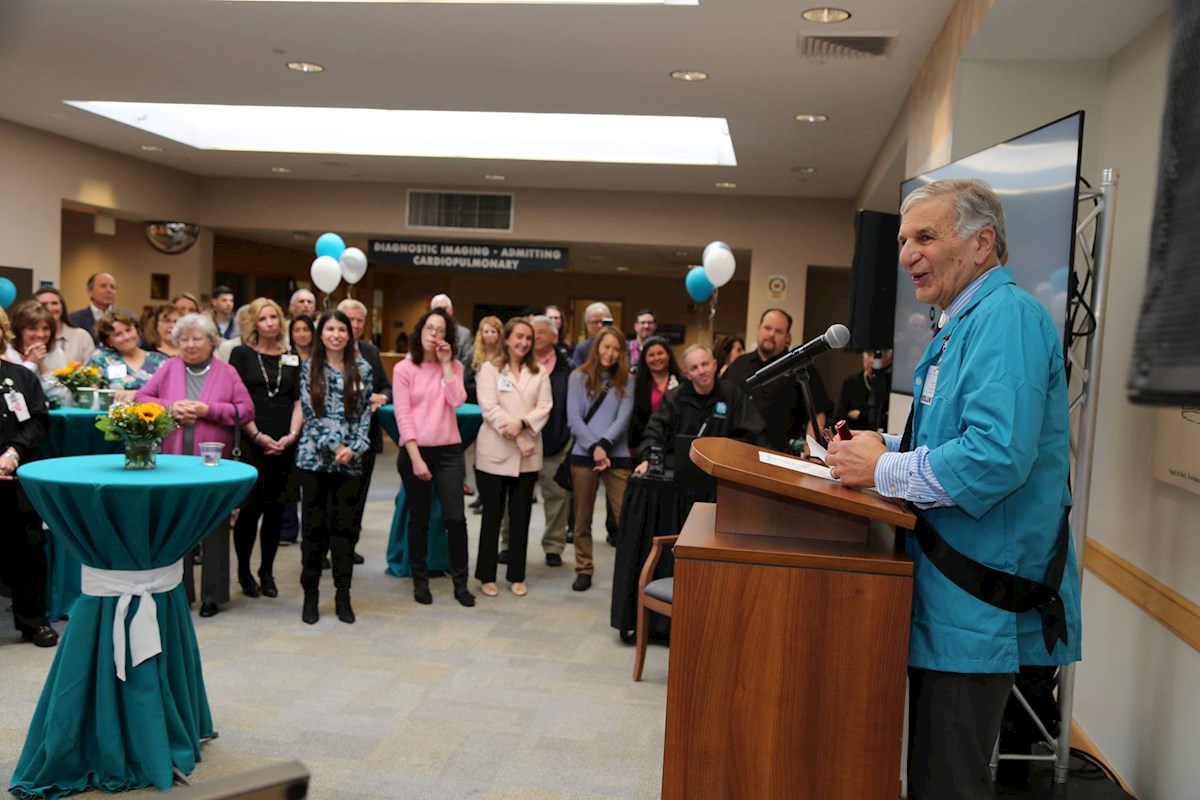 Wearing a retirement sash and volunteer smock that orthopedic surgeon Dr. Robert Marchand presented to him, Lou, in his humble and gracious way, thanked the crowd who came to wish him well.

In his remarks, Lou reflected on his near two decades as President. He thanked the board, medical staff, volunteers, donors, and as always, the team members who he worked so closely with since joining South County Hospital in 2000.

Thank you, Lou, for making a difference in the lives of so many over the years.